Wow so I’ve reached the eight month point. It’s gone so fast this time round, with Harley the weeks dragged so much but during this pregnancy I blink and it’s Monday again. I’ve also become ridiculously rubbish at my ‘weekly’ pregnancy updates hence the four weeks covered in this one, oops.

It’s been an eventful-ish few weeks. From thinking that Baby Girlie might make an early entrance (don’t worry, she wasn’t), Harley beginning and stopping nursery in one week (more on that another time) to Operation Get Baby’s Bedroom Sorted pushing on at full speed. I’m still not feeling prepared, not even in the slightest but we’re in a much better place than we were a few weeks ago!

Weight Gain: So I’m fully aware that I’m large but don’t think I’m anywhere near as big as I was with Harley. By this point strangers would give me sympathetic looks and I could barely walk because Harley’s head basically felt like it was going to fall out of me. TMI but it’s true. I tried to walk to the supermarket a few weeks before my due date and had to hold onto a traffic light and ring Tom to pick me up as I thought he was falling out. Ironically it was actually really hard to get him out. 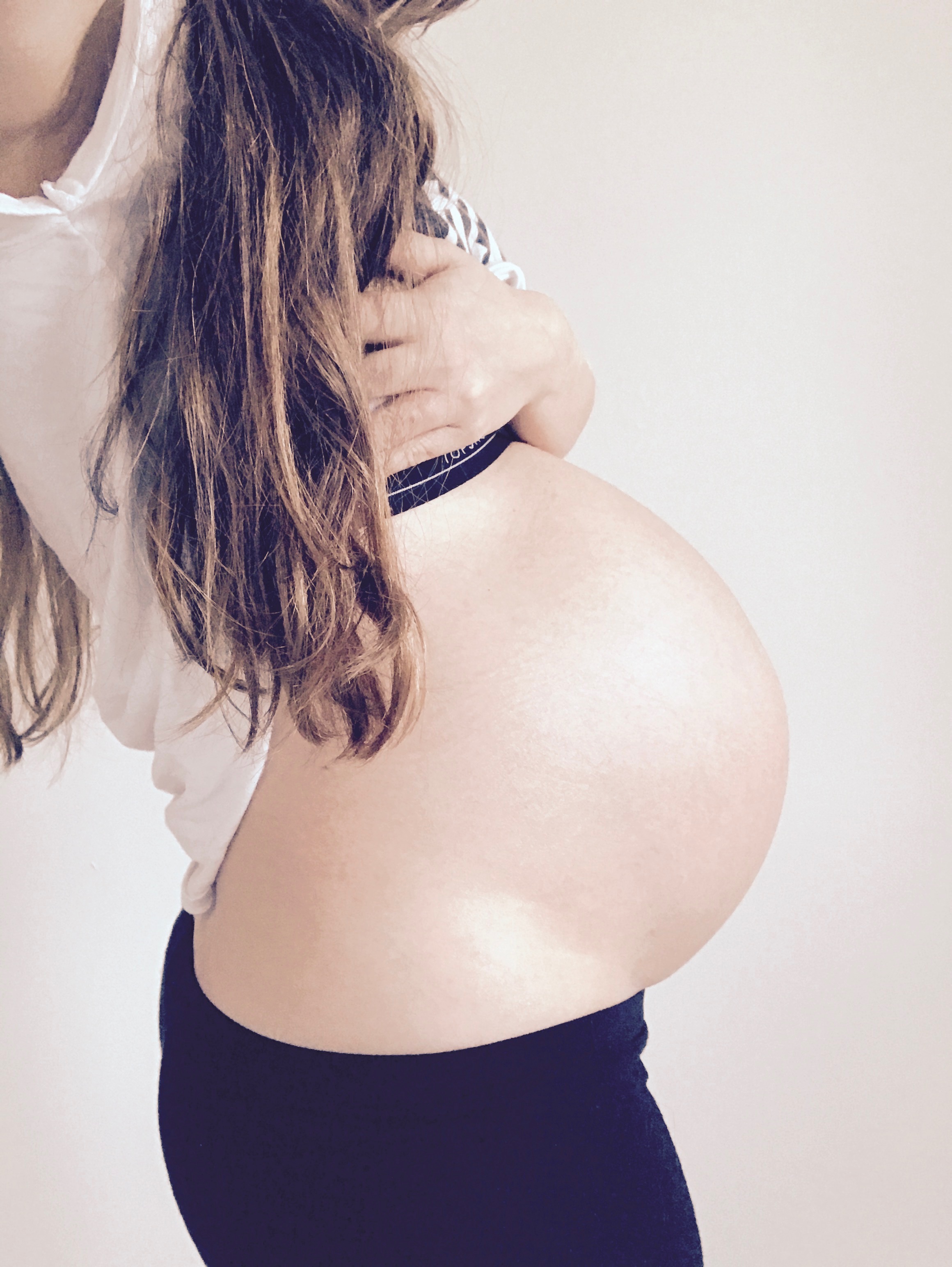 Exercise: I’m feeling much more energised now, despite a lack of sleep mainly induced by a small 93cm tall visitor (Harley obvs) who has been in our bed the past few nights and has taken to booting me in the back. The past couple of weeks we’ve seemed to walk a lot; we walked miles at the Pumpkin Patch, I did lots of walking in London Town yesterday when I went for a rather swanky bloggers lunch with Asda Little Angels at The Ivy (more to follow soon) and we even went on The Gruffalo Trail, although my phone died and we only put an hour’s parking on the car so we failed on all accounts there.

Fruit/vegetable of the week: I’m at the stage now where the fruit doesn’t update much, weeks 30 – 33 are covered by the Winter Squash.

Sleep: Ha. I’ll sleep when the kids move out in 20 years.

Irrational moments: Not so much irrational more very aware of everything there is to do. I am also so scared about labour. Way more scared than last time. I’ve started watching hypnobirthing videos on YouTube but I’m also a really crap student because I want the drugs. All of them.

Favourite moment of the week: Well this is a hard one because there’s been lots. I’m really trying to enjoy every single moment of this pregnancy. I’ve been incredibly lucky that baby has been lying in a similar position to the way Harley lay and I’ve been able to see her breathing. It’s a really strange and surreal moment but so lovely.

Milestones: The kicks have turned into rolls and elbows/knees stretching out. The bump has also massively dropped and I have a slightly empty pouch under my boobs. My boobs miss their shelf slightly.

These next few weeks are going to fly by and to be honest I’m feeling a little overwhelmed by everything there is to do plus Christmas. Argh. But as I’m typing this little girlie is head-butting my bladder and kneeing me in the ribs and I’m ridiculously grateful. And if I forget somebody’s Christmas present I’m sure they’ll forgive me, I am giving them a Christmas miracle after all!

Missed my other pregnancy updates (they’re pretty ace – you should read them), take a read here.

This site uses Akismet to reduce spam. Learn how your comment data is processed.

Hey. I'm Emma, mum to Harley and Ada. I'll do anything for a hot cup of tea and a chocolate biscuit. This is a blog of our adventures, my ramblings and any tips I pick up along the way.